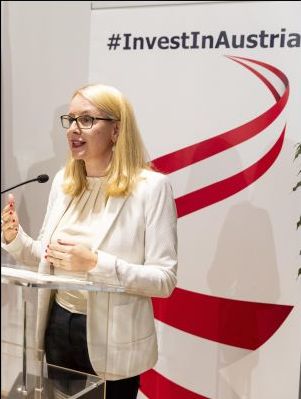 Interxion, Octopharma and Trumpf invest a total of EUR 150 million – Thanks to support provided by ABA

With the support of Austrian Business Agency (ABA), three additional companies were lured to invest in Austria. Interxion and Octapharma will invest EUR 40 million and EUR 62 million respectively in Vienna, Trumpf will invest a total of EUR 48 million at its facility in Pasching, Upper Austria. “Every investment in the business location is important because it results in value creation. I am pleased that further new investments featuring a total volume of EUR 150 million will be made in addition to the decisions already announced by Infineon and Voest. Together with ABA, we are working on promoting Austria abroad, supporting companies which already operate here and locating new firms. Every euro invested in Austria secures Austrian jobs”, says Margarete Schramböck, Minister for Digital and Economic Affairs at the conference # Invest in Austria.

What do the companies say about Austria?

“Vienna has a long tradition as a world capital of the pharmaceutical industry, with excellently trained employees, and is also convincing thanks to its high quality of life. Our first production plant was built in Vienna and has been continuously expanded from 60 employees at the outset to 1,150 people at present. We have invested several hundred million euros in the meantime, and the next large-scale projects have already been initiated”, states Josef Weinberger, Member of the Board of Directors of Octapharma.

"Austria and in this case Vienna as a business location offer extensive advantages to Interxion! In particular, the central location and proximity to Central and Eastern European markets is a huge bonus for us. Vienna is an important information hub from which one can serve South East and Eastern Europe as well as the domestic market. Other benefits include high productivity and attractive conditions such as the high quality of life in Austria, political stability and a reliable legal system”, says Martin Madlo, MBA, Managing Director Interxion Austria.

“There are a variety of reasons why we decided in favor of Austria. The perfect educational opportunities at Johannes Kepler University Linz, Softwarepark Hagenberg and the University of Applied Sciences Upper Austria in Wels along with research funding and our previous experience in automation and robotics were the crucial factors for us. We already have 700 robots in operation outside the company. I believe these figures speak for themselves”, explains Armin Rau, Managing Director of Trumpf Austria.