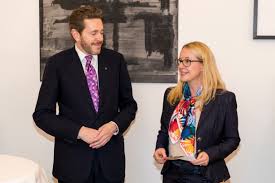 The Austrian Council of Ministers has announced that it wants to accelerate approval of important infrastructure projects based on the passage of a business location development law.

In the case of projects serving the public interest, the projects which create new jobs, trigger significant investments or move research and development ahead can be more quickly processed. In this way, it will be possible to effectively deal with deliberate delays in implementing projects. The objective is to ensure much quicker decisions on important infrastructure projects, namely after about one and a half years at the most. “The draft version of the business location development law presented by Minister Schramböck and approved by the Council of Ministers shows a viable way to get important investments in Austria up and going more quickly in the future”, said Harald Mahrer, President of the Austrian Federal Economic Chamber, commenting on the government’s initiative