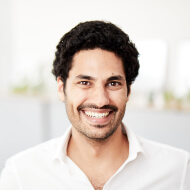 The medical search engine Symptoma helps users and doctors in the diagnosis of illnesses such as COVID-19.

It is sufficient to enter the symptoms and respond to questions, after which the chatbot has answers ready. Today Symptoma is already the world's most widely used symptom checker by doctors and patients, featuring millions of users and searches per month.

The digital health assistant is based on fourteen years of scientific research by medical doctors and data scientists. The diagnostic accuracy has been validated by internal, external and peer-reviewed scientific publications comparing up to 107 symptom checkers across the globe. Symptoma was clearly ranked as the number one search engine. It provides a list of potential causes of the illness, ranked according to probability.

The analysis is based on millions of medical publications and billions of connections relating to disease descriptions, symptoms as well as drug interactions and side effects. The lifestyle, age and gender of patients are also taken into account. The chat program Symptoma can be used by doctors and patients, the latter being allowed to use it at no charge. All the data entered remains absolutely anonymous. The physician Jama Nateqi developed the tool together with Thomas Lutz in the Upper Austrian town of Attersee. In the meantime, the company has a staff of 70 employees and three sites in Austria.

Read on and learn more about R&D success stories from Austria.